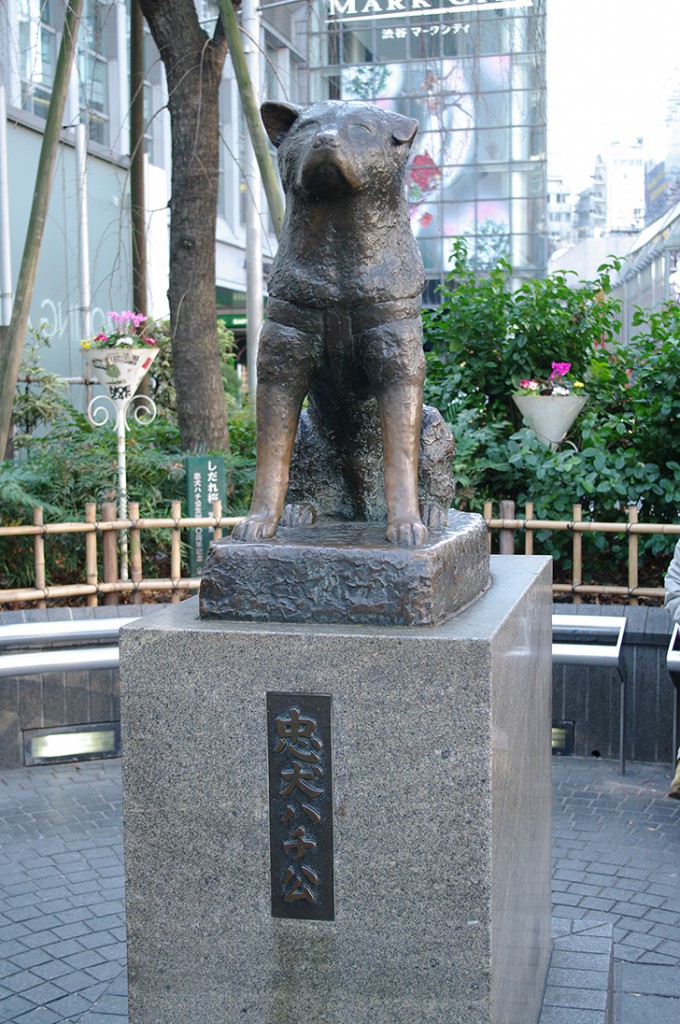 Loyalty is devotion and faithfulness to a cause, country, group or person. Being here for 1 week long, I found that this virtue deep rooted among Japanese. Japanese are loyal to their emperor while as an employee, they are loyal toward their company as well.

And this reminds me a true story that happened in Shibuya, Japan.Have you all heard about Hachikou’s story before?

Hachikou is an Akita dog and famous with its story about his loyalty to his owner which continued for many years after his owner’s death. Professor Hidesaburo Ueno is the owner of Hachikou. When his owner was still alive, Hachikou greeted him everyday nearby the Shibuya Station at specific time. They have the same daily routines until May 1925.

One day, Professor Ueno did not return as he suffered of cerebral hemorrhage and he died eventually. He unable makes it to the train station where Hachikou was waiting. For the next nine years, Hachikou still was awaiting his owner to return. And Hachikou died when he was waiting at the train station on March 1935.

“My loyalty and friendship has no bounds, no matter where life takes us, you will always have my hand.”