Dress in a traditional Japanese garment and take stunning pictures to commemorate your stay in Japan.You can choose from yukata, kimono, furisode, and hakama. You will be dressed by a professional kimono expert, from whom you may learn a lot of new things about Japan. 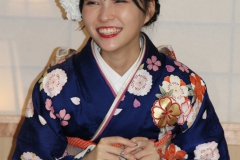 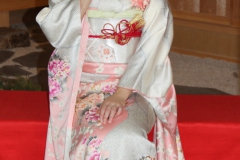 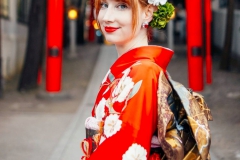 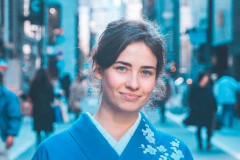 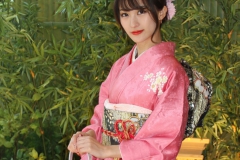 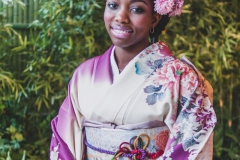 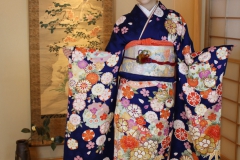 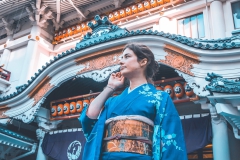 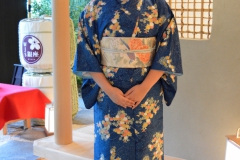 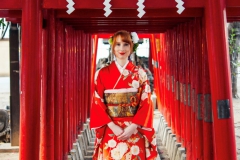 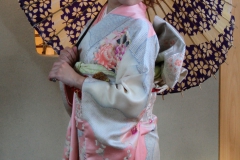 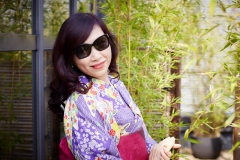 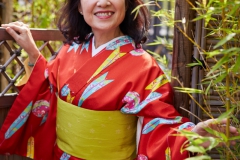 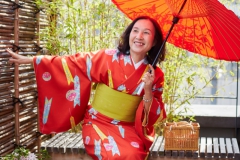 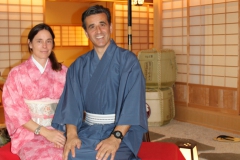 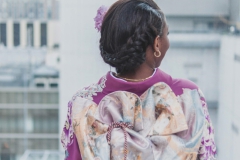 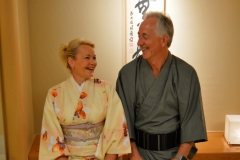 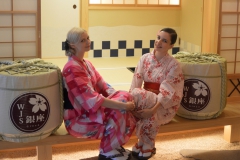 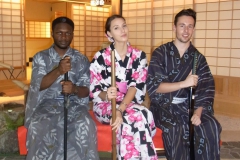 ※Reservations available for a minimum of 2 customers.

※Price per 1 Person.
※Excludes Sales tax.
※The equipment charge used on the day is also included in the above charge.
A tea ceremony experience uses a reservation system. Please make a reservation by the telephone or the question form.
※ We require minimum 24 hours prior notice to the reservation for any cancellations. Otherwise, within 24 hours a cancellation fee of 100% will be charged.

Important Information Regarding the 1-Day Rental

-If you choose the one-day rental option, you can leave your belongings safely inside the when you go out.
-Please return rental garments by 6pm.
-If you would like to keep the garments for the evening and return them the following morning, you will be required to pay a deposit equal to the price of your chosen garment. The deposit will be returned to you upon return and inspection of the garment.

If the fabric appears to have cigarette, wine, sauce or any other sort of stains which cannot be removed, we will ask you to buy the kimono.
If the stains can be removed by cutting off a few millimeters, we will charge 3000 to 8000 yen.

If you want to buy the rental kimono

※*Price may vary depending on the kimono type.

The difference between a kimono, a yukata and a hakama

So what is the difference between a kimono, yukata, furisode and hakama?

All four share a lot of similarities in shape and design. However, there are parts which have distinct differences. Find out about these differences below.

Kimono in Japanese literally translates to “thing to wear.” The kimono is the most commonly known Japanese garment around the world. It is worn by people of all ages, usually for formal occasions and celebrations. It is usually made of silk or wool, and has many complex steps in order to be put on correctly.

The yukata has a similar shape to the kimono, but is usually made of cotton or linen. It is considered more casual, and is often worn in the summer to attend festivals, or when bathing in a hot spring bath.

The furisode is a very formal and fancy version of the kimono. Like the kimono, it is usually made of silk and can be decorated with a variety of special patterns and designs. What distinguishes the furisode is the long sleeves, which add to the elegant look. Furisode are usually worn by unmarried young women.

Hakama is quite different from the other three, as it includes trouser-like bottoms that are worn over the kimono. Hakama are worn by all ages and genders. They are historically worn by teachers, martial artists, shrine maidens and priests.

What should I wear underneath?

For Yukata , please wear your own undergarments.

For Kimono, Hakama and Furisode, you will be given another layer of garment to wear on top of your own undergarments.

The origin of kimono began during the Heian period (794-1192). People of different age, gender, and class status wore kimono of varying qualities with special designs and patterns that represented their status. This was the daily wear of people for centuries, until the Meiji Period (1868-1912), when Western-style clothing began to be popularized. To this day, kimono, yukata, furisode, and hakama remain important symbols of Japanese culture

A reservation is necessary. To make a reservation, please call us or fill in the online application form.