In Japan, names are traditionally written with kanji- the writing system based on Chinese characters that was developed centuries ago. Each of those kanji represents both sound and a meaning. Parents carefully choose names for their children based on these meanings, reflecting their aspirations for each of their children and passing down precious family traditions. There are many possible combinations of kanji that could be used to write your name. Based on your personality, our Japanese staff will choose the kanji characters that best fit your name, and teach you how to write them using traditional Japanese calligraphy techniques.

※You may bring you own tools if you wish.
※If you wish to weak a yakuta, addiitonal charges will apply.
Please Inquire in advance. 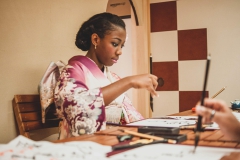 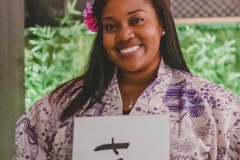 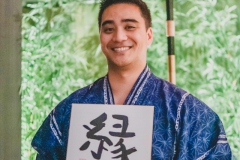 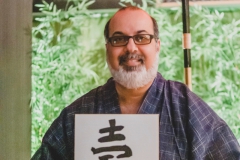 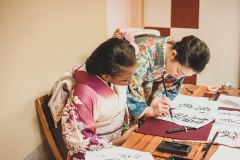 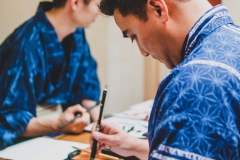 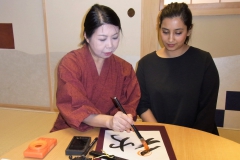 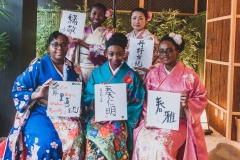 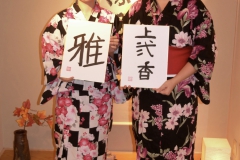 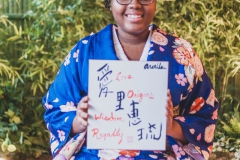 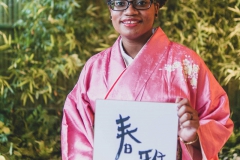 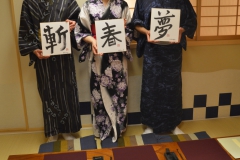 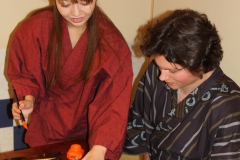 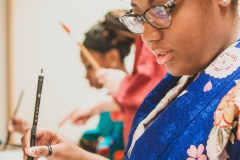 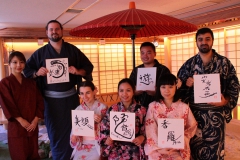 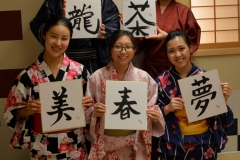 ※Reservations available for a minimum of 2 customers.

※Price per 1 Person.
※Excludes Sales tax.
※The equipment charge used on the day is also included in the above charge.
A tea ceremony experience uses a reservation system. Please make a reservation by the telephone or the question form.
※ We require minimum 24 hours prior notice to the reservation for any cancellations. Otherwise, within 24 hours a cancellation fee of 100% will be charged.

From the age of 3 years, she started learning calligraphy at
Ms. Reiko Nakagawa’s calligraphy class.
Since then she has won many prizes at various contests.
During her junior and high school years,
she belonged to a calligraphy club and studied under Mr. Yuujin Nakagawa.
At the age of 20, she obtained her certification and
graduated from Tamagawa University. Currently, she is teaching at various primary schools around Yokohama area. 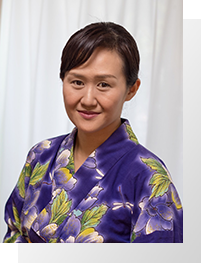 She was born in Saitama prefecture in 1979.
At a young age, she won many prizes at calligraphy exhibitions and contests,
and later chose to major in classical calligraphy in school. In 2005,
she founded A. i Handwritten Design company.
In 2008, she joined Japan Design Calligrapher’s Association (JDCA).
She is now the mother of two children.
She also creates and designs for magazine, TV program titles, product labels, and store logos.

A reservation is necessary. To make a reservation, please call us or fill in the online application form.